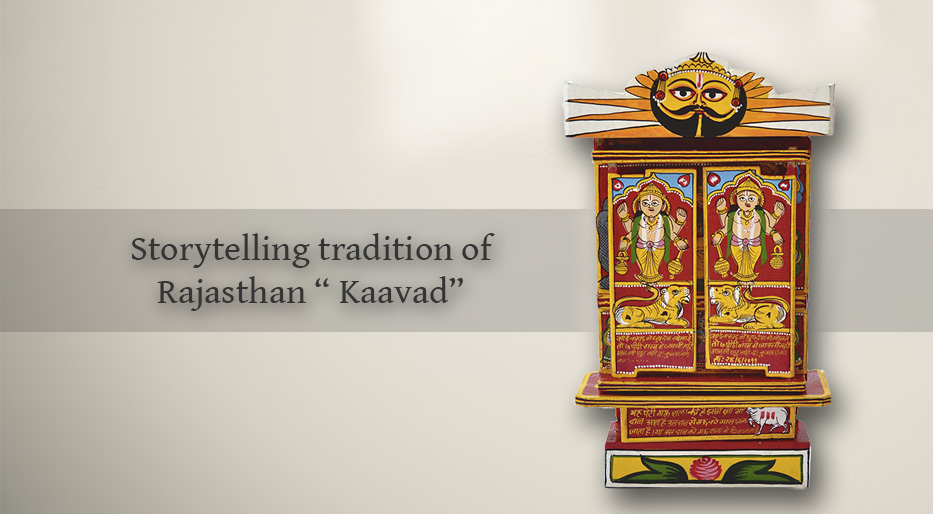 Storytelling, it’s a part of Indian rich heritage. It defines our culture and our identity. Storytellers spread the important messages and lessons via their stories, with the help of voice and gestures. They use different mediums along with it like painted scrolls, boxes, dance and music performance or a combination of all to make their message even more crisp and thoughtful. Storytelling is an ART!! And Kaavads are the masterpiece of this Art! 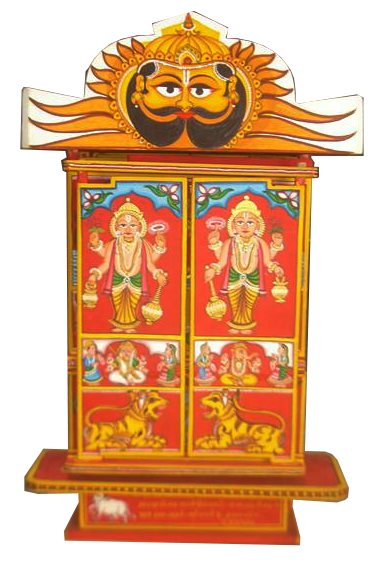 The Kaavad is a portable wooden temple/shrine that has visual narratives on its multiple panels that are hinged together. These panels can be opened into many layers, similar to crossed thresholds of a temple, unfolding its deepest secret.The picture painted on the panels depict episodes of a particular tale or a series of epic stories .‘Kaavad Banchana’, a storytelling tradition, is still alive in Rajasthan using stories of the epics Mahabharata, Ramayana, Puranas and folk traditions are told in a magnificent and astonishing manner.

The Kaavad-storytellers are called Kaavadiya Bhat.They bring the shrine to their patron’s house to recite their genealogy and stories from the Hindu epic.The Kaavadiyas (storytellers) and their jujmans (hereditary patrons) consider the Kaavad as a sacred shrine, which demands certain rituals to be followed, listening to genealogies, epic stories and making donations. It is believed that listening to stories purifies the soul and reserves a place for the devotee in heaven.The Kaavad tradition is approximately 400 years old and like several other oral storytelling traditions in India, its origin is located in mythology or attributed to a mysterious power. 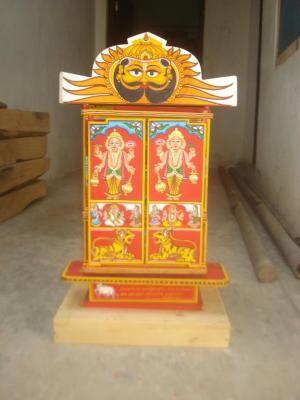 Kaavad is made by the Suthar (carpenter) community in Mewar, situated amidst the hills of the Aravalli ranges in Rajasthan. The specific identity of Kaavad makers comes from the place Bassi, the place where Kaavads are originated from. The Suthars of Bassi calls themselves the children of Visvakarma, the God who is considered as the chief architect of the Universe and the father of carpenter community. Out of 25 families of Suthars in Bassi only five to six families are involved in making of Kaavads.

Kaavadiyas procure Kaavads from the Suthars of Bassi and then travel along with it from village to village to tell a lot of marvelous stories. On his arrival at a village, the storyteller holds the Kaavad against his chest, tilted slightly backward so that everybody could see the mobile Kaavad-shrine.During Kaavad bhachana, he sits crossed legged and keeps Kaavad over his lap.

The story begins by opening the small outer doors revealing the decorations on the outer panels to arouse the curiosity by talking through the highlights of the stories depicted in the Kaavad.The storyteller then opens a ‘donations’ flap located under the decorated panels.The storyteller opens panels, one by one, telling the unveiling the several episodes of the tale.Sometimes a story could last for several days. One Kavad can contain many linked tales.The grand finale of the tales comes as the storyteller opens the final panels to reveal a ‘shrine’ –housing 3D sculptures of the hero, his wife, companions, and other characters of the story, where everyone lives happily ever after.